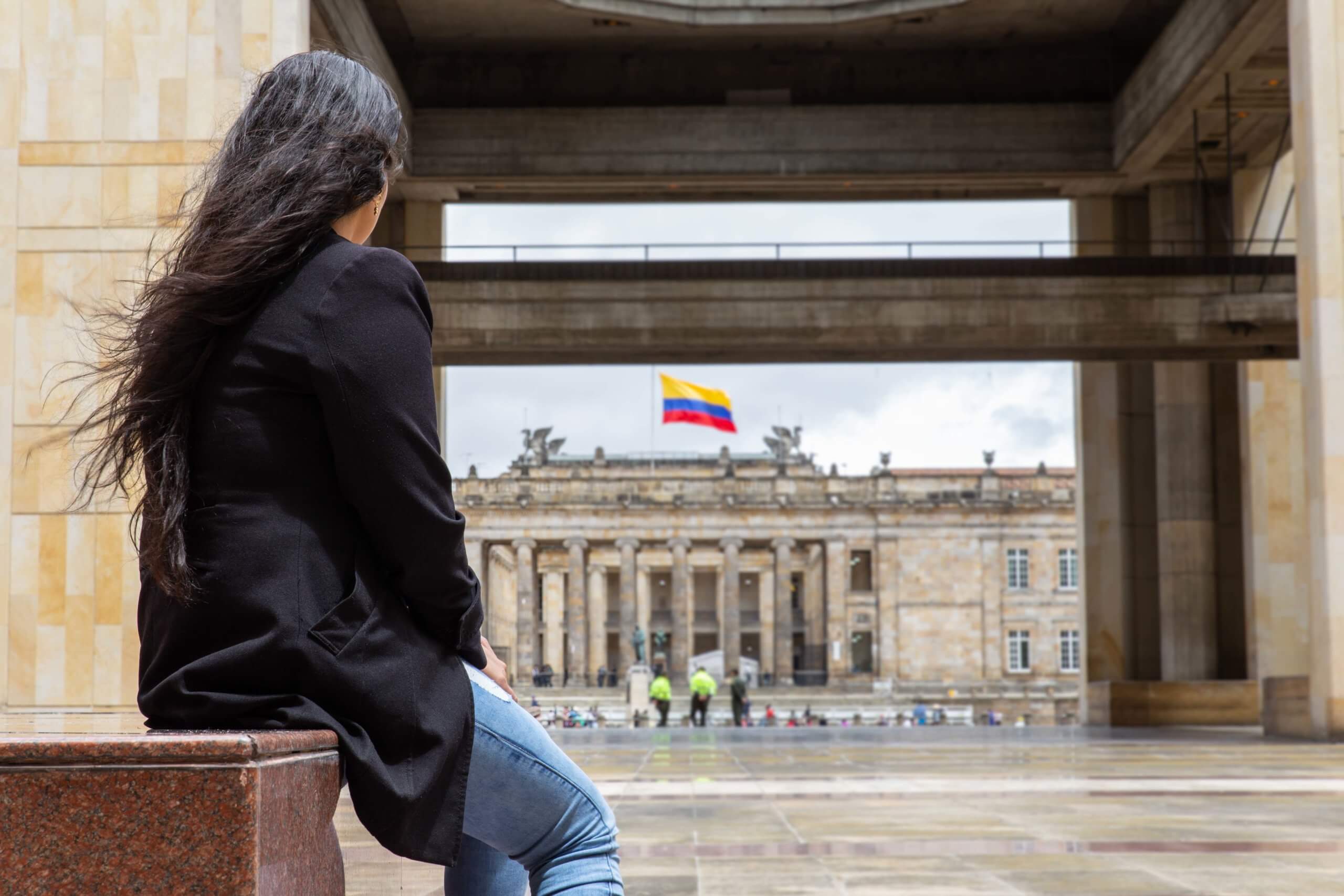 In October 2019, Women’s Link accompanied a young woman called Helena* before the Colombian Special Jurisdiction for Peace to denounce how, during the armed conflict, the FARC guerrilla group recruited her against her will when she was 14 and later forced her to have an abortion.

Helena was born in a rural region of Colombia where guerrilla forces had been operating for years. One day, Helena was at home alone taking care of her younger siblings when some men from the FARC guerrilla group burst in and made her go with them to the guerrilla camp with only the clothes on her back. She was now a victim of forced recruitment. She was trained on the group’s rules, different jobs in the camp, and the use of weapons.

She was told that having children was not allowed in the insurgent group, so all the women had to use contraceptives. They made her use contraceptive injections almost the whole time she was with the group – around five years. While a member of the FARC, she became pregnant from consensual sex. When the commanders found out, they tried to convince her to agree to an abortion, threatening to court-martial her and telling her she would be shot. She refused, however they made her take some pills. When it became clear that the medication didn’t end the pregnancy, they forcibly performed a surgical abortion.

Women’s Link Worldwide also took her case to the Constitutional Court, which in December 2019, ruled that Helena should be considered a victim of the conflict in Colombia. This ruling has enabled her to access the physical and psychological health services that she needs.

This work is part of the ongoing efforts of Women’s Link Worldwide to ensure that what happened to women and girls during the conflict in Colombia is included in the transitional justice process. In addition to ensuring that Helena has access to health services, the ruling also opens the door for the many other women and girls who suffered sexual and reproductive violence during the conflict to access justice and reparations as well. In addition, it has set an international precedent regarding reproductive violence against female combats in armed groups. Often, they are not considered as victims when they have been forced to take contraception or have abortions, among other types of violence.

An international not-for-profit organisation, Women’s Link Worldwide uses the power of the law to promote social change that advances the human rights of women and girls, especially those facing multiple inequalities. It has regional offices in Latin America and Europe.

Women’s Link Worldwide is a partner of Oak’s Issues Affecting Women Programme (IAWP), which supports organisations that enable women who have experienced violence to access their rights and rebuild their lives. Oak’s partners provide a range of services that empower women to recover from the trauma of violence. They seek to reform laws and policies and change norms to prevent violence from taking place. Find out more on our website.

Congratulations to Women’s Link Worldwide on this great achievement for women and girls from all of us at Oak!

You can learn more about the significance of this case in these articles: here and here.

Watch the video of Helena telling her story here.

*Name has been changed to protect identity.