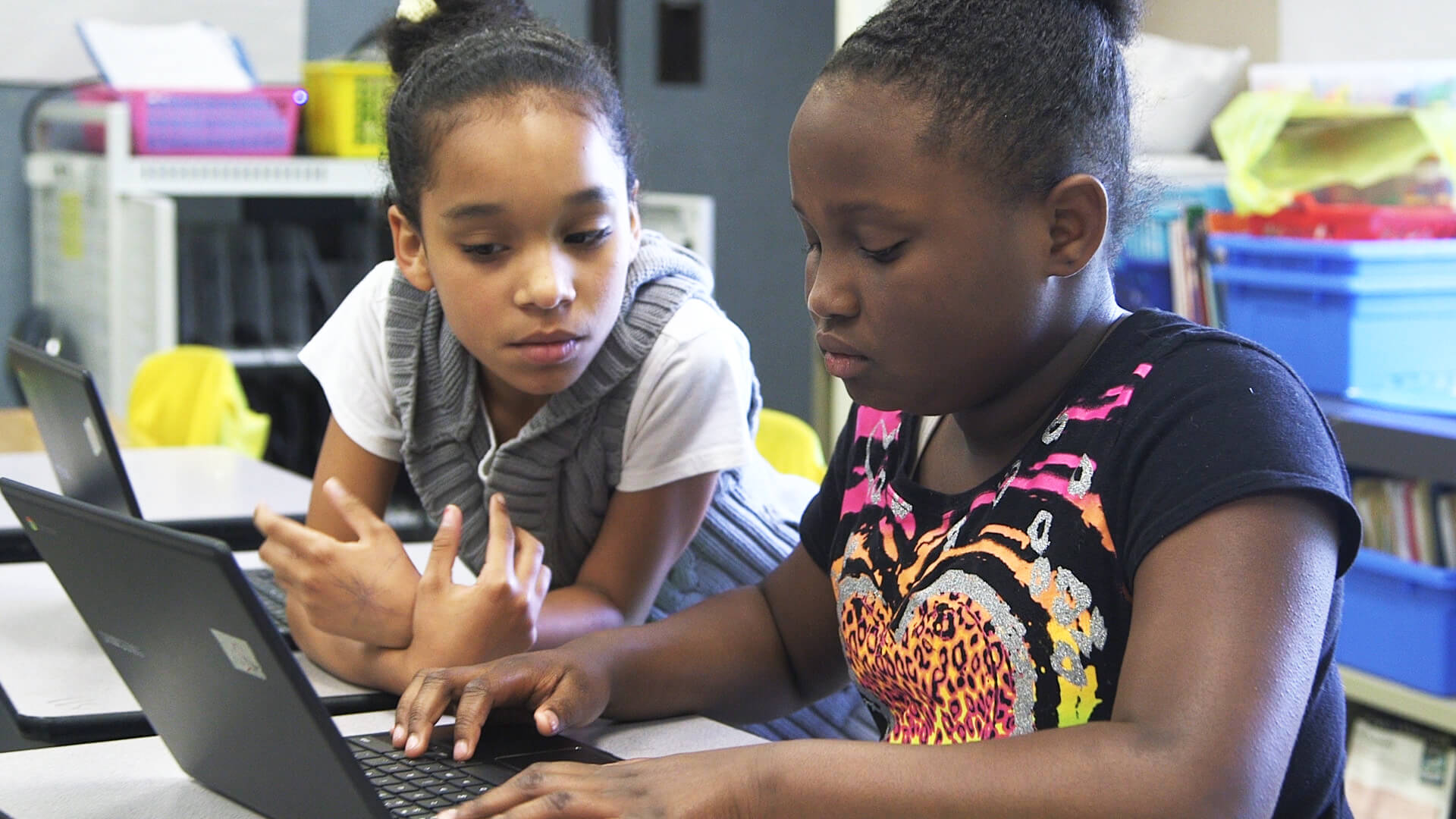 Angela Arias and Ben Grimley each want to help students with learning differences succeed academically. They both found the same tool to improve that work. The similarities start to end there. Arias is a 20-year teacher in a 21,000-student American school district. Grimley is the CEO of a five-year-old education technology platform picked by four of the 50 largest U.S. school systems to improve students’ mastery of the unfamiliar language used in classrooms, which differs from the language students draw on in everyday life.

Arias and Grimley consulted the Learner Variability Navigator, a web application developed by Digital Promise, an independent non-profit tasked by Congress to accelerate innovation in and promote equitable access to learning technology. Digital Promise chose the term “learner variability” to describe the differences students exhibit in four attributes that researchers found critical to learning – content knowledge, cognition, student background and social-emotional learning. The Navigator breaks down the four attributes into key factors – syntax in reading or motivation in social emotional learning, for example. App users define learners by selecting factors, then see strategies (which can include sample lessons and pertinent products) that based on learning science best address the factors specified. Digital Promise provides the Navigator free and in open source form to expand and simplify access to up-to-date research on learning science and its most pertinent applications to support students.

“The first step is broadening the lens through which they think about learners,” said Vic Vuchic, executive director of Digital Promise’s Learner Variability Project (LVP), which created the Navigator. Whether it’s educational technology developers or teachers, “they focus on the academic. So, if you’re teaching someone to read, it’s about phonics; they may not be considering that this third grader freezes up with anxiety even when she knows the answer.”

Arias’ school district suggested she explore the Navigator as a professional development opportunity. She decided to search for better approaches to teach a native Spanish speaker in her 4th grade class at a bilingual immersion elementary school. She knew the girl’s processing speed in English affected her ability to solve math word problems – a challenge for many children. “Sometimes it’s the structure of the language, sometimes it’s the instruction we can provide her in terms of the student’s need to break content into chunks” Arias explained.

“It’s difficult to know the best strategy to use. There are lots of skills to consider,” Arias said. The Navigator is “a huge bank of strategy, samples and tools.” In addition, the Navigator provides on-demand videos “that really allowed me to understand the strategies.”

She picked three approaches to adapt her teaching to the student’s needs — error analysis to understand her errors, direct instruction of problem-solving strategies and untimed tests when possible. Arias has documented her student’s progress for her school district. “She is using these strategies not only for math, but for other content as well. It’s like a routine for her now,” Arias said. “It’s making an impact on her motivation and her confidence.”

A former Baltimore elementary school teacher, Grimley knows all the troubling statistics about reading proficiency among U.S. students generally, and how they worsen when poverty, race, English language learners, or learning differences are considered. “They don’t have command of that academic language in any form – reading, writing, listening and speaking,” he said of students who struggle to become proficient readers. “They can’t take part in classrooms; they can’t demonstrate their knowledge.”<

Grimley and his colleagues designed Speak Agent to support teachers in helping students master academic language – the vocabulary, syntax, conventions and context of instruction, classroom discussion, texts and tests. Through a partnership with the LVP, Speak Agent is using the Navigator to boost the strategies teachers can access through the platform that are based on current learning science research. That menu is critical given Speak Agent’s belief that responses to the diversity of learners in a classroom must be teacher driven.

“We were looking for better research-based strategies that could work in real classrooms,” Grimley said. “The LVP distilled all of that research down in a way that we could access. There was evidence behind the strategies offered.” The Navigator validated elements already in Speak Agent’s platform. It also allowed its developers to improve vocabulary development features specifically.

One example is strengthening Speak Agent’s use of dialogic reading – when an adult and student read together and talk about what they read. To promote that strategy, Speak Agent added “Read Along” with mini e-books that feature text and pictures, space for teachers to add questions and students to answer them, and portfolio storage that teachers and students can access to track progress.

“We actually were doing some dialogic reading, but we didn’t know what to call it,” said Grimley, who like Arias taught English language learners in elementary schools. “Even having the nomenclature in common allows us to serve more teachers who are serving more and more diverse students.”

Speak Agent and Arias fit into Digital Promise’s plan for the Navigator. “There’s almost no research going into product development, so that was a pretty low floor with the most potential for scale,” he said, adding the Navigator has played a role in improving about 20 products. “We did take a broad-based approach so that we could move toward more direct use by teachers.”

Oak Foundation sees the slow translation of learning science insights into practical classroom applications as a significant obstacle to unlocking the creativity and power of every student. The Learning Differences Programme supports partners such as the Learner Variability Project and others working to bring tools built on research and evidence to classrooms that improve learning for all students, particularly those marginalised due to their learning difference or other background factors.