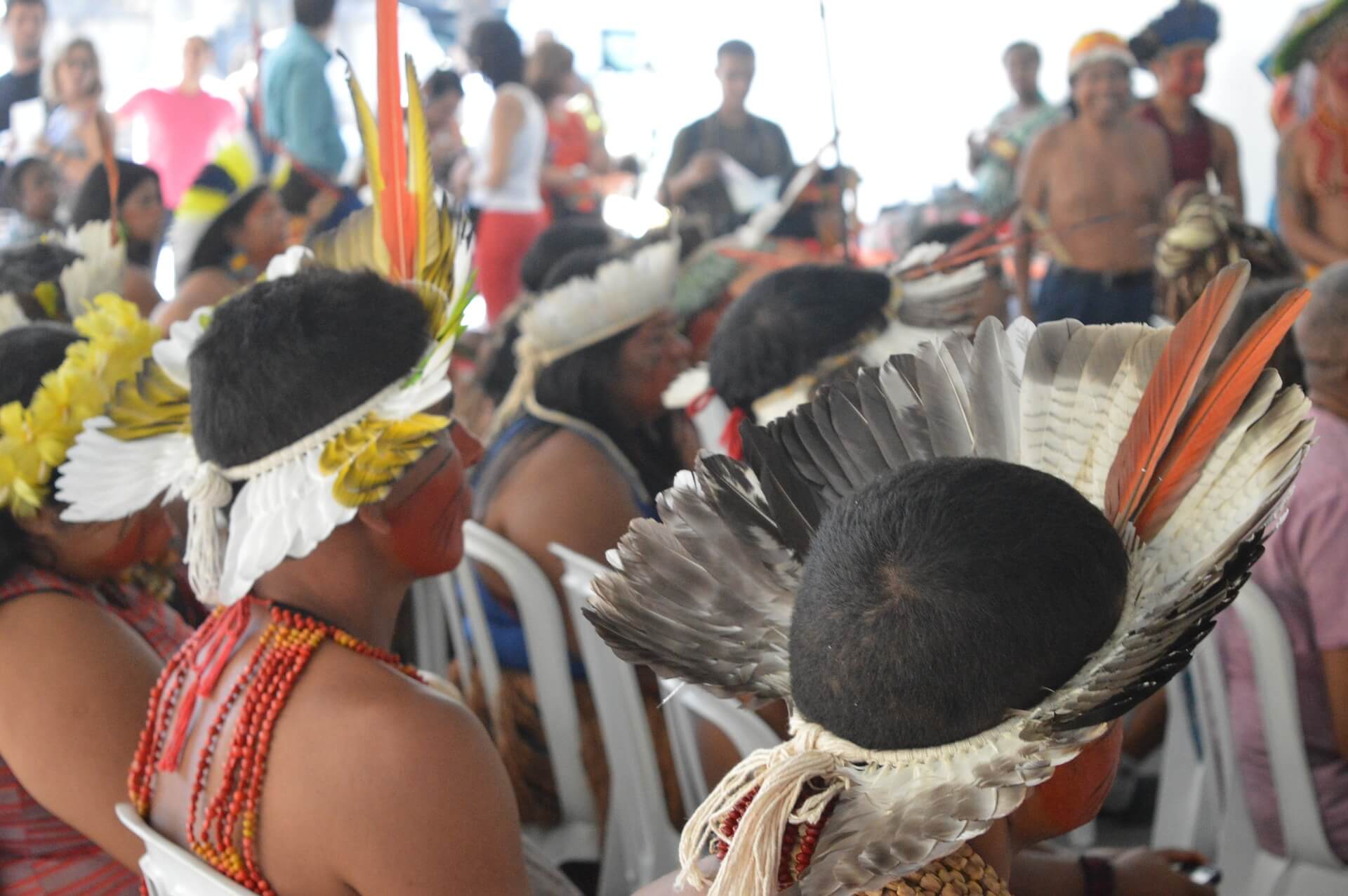 Oak Foundation is proud to join 17 other funders and the UK, Norway, Germany, the US, and the Netherlands in a historic USD 1.7 billion pledge in support of Indigenous Peoples and local communities. The official announcement came out today at Conference of Parties (COP26) and demonstrates “the commitment to support the advancement of Indigenous Peoples’ and local communities’ forest tenure rights and greater recognition and rewards for their role as guardians of forests and nature.” In the pledge, Oak also commits with others to “the effective participation and inclusion of Indigenous Peoples and local communities in decision-making and to include, consult, and partner with them in the design and implementation of relevant programmes and finance instruments, recognising the specific interests of women and girls, youth, persons with disabilities, and others often marginalised from decision-making.”

“We are demonstrating our commitment today by announcing an initial collective contribution of at least USD 1.7 billion of confirmed financing to support the advancement of Indigenous Peoples’ and Local Communities’ forest tenure rights and their role as stewards of forests and nature,” says a statement released today by the donors. “We intend to build on this in subsequent years, increasing funding as ambitious programmes and proposals come forward. We also call on other donors to significantly increase their support to this important agenda.”

Indigenous Peoples and local communities manage half the world’s land and care for an astonishing 80 per cent of Earth’s biodiversity, primarily under customary tenure arrangements. However, a recent study showed that Indigenous communities and organisations receive less than 1 per cent of the climate funding meant to reduce deforestation.

For years, only about USD 270 million of climate finance has been dedicated to forest protection each year, yet the Indigenous Peoples and local communities that protect the world’s forests directly receive only USD 46 million. With today’s announcement, the governments and funders hope to take a first step toward correcting an unjust system that has failed to favor communities that have the knowledge and capacity to outperform most other forest managers.

Researchers suggest that forests can contribute as much as 37 per cent toward climate mitigation goals that governments committed to in the 2015 Paris Agreement. Protecting forests, which harbour precious biodiversity, also helps to prevent encounters with wildlife that can encourage the spillover of potentially dangerous pathogens into human populations.

A growing body of evidence shows that Indigenous Peoples are the most effective guardians of biodiverse tropical forests, which are increasingly under siege; UN experts recently urged climate negotiators at COP26 to respond with urgency to the destruction of precious ecosystems.

And yet the evidence, including a new study released in October, suggests the urgent need to scale up solutions to combat the destruction of tropical forests. In a comprehensive analysis of progress on a global commitment to protect forests, the authors called for recognizing and securing the rights of Indigenous Peoples and local communities and for making the communities “central to setting goals and priorities for forest activities.”

In a statement signed by philanthropic and government leaders and released today, the funders promised “to further recognise and advance the forest and nature stewardship role of Indigenous Peoples and local communities, in partnership with governments and other stakeholders, with a particular focus on strengthening land tenure systems and protecting the tenure and resource rights of Indigenous Peoples and local communities.”

The statement goes on to commit the signatories “to prioritise the inclusion of Indigenous Peoples and local communities in decision-making and in the design and implementation of relevant programmes and finance instruments, recognising the interests of vulnerable and marginalised groups including women and girls, people with disabilities, and youth.”

In his presentation at the World Leaders Summit today, Tuntiak Katan, a Shuar from Ecuador and an Indigenous leader representing the Global Alliance of Territorial Communities, cited data showing that 12.2 million hectares of forest were destroyed in 2020. Katan welcomed the unprecedented commitment by donors to support and partner with Indigenous and local communities on the frontlines of the climate crisis and called it a major step forward in advancing the goals of the Paris climate agreement. But he noted the new commitments for protecting tropical forests and their guardians will require significant political will on the part of governments and the support of the global economic and political sectors.

“We hold the best carbon capture technology our planet has to offer – our forests,” said Katan, whose alliance brings together elected leaders from the world’s largest tracts of forests in Indonesia, Africa, and Latin America and represents 35 million forest communities. “The work to protect the planet’s future will only be successful in partnership with Indigenous Peoples and local communities. We want to work with you to transform this world and to change people’s hearts. We are the solution you are looking for.”