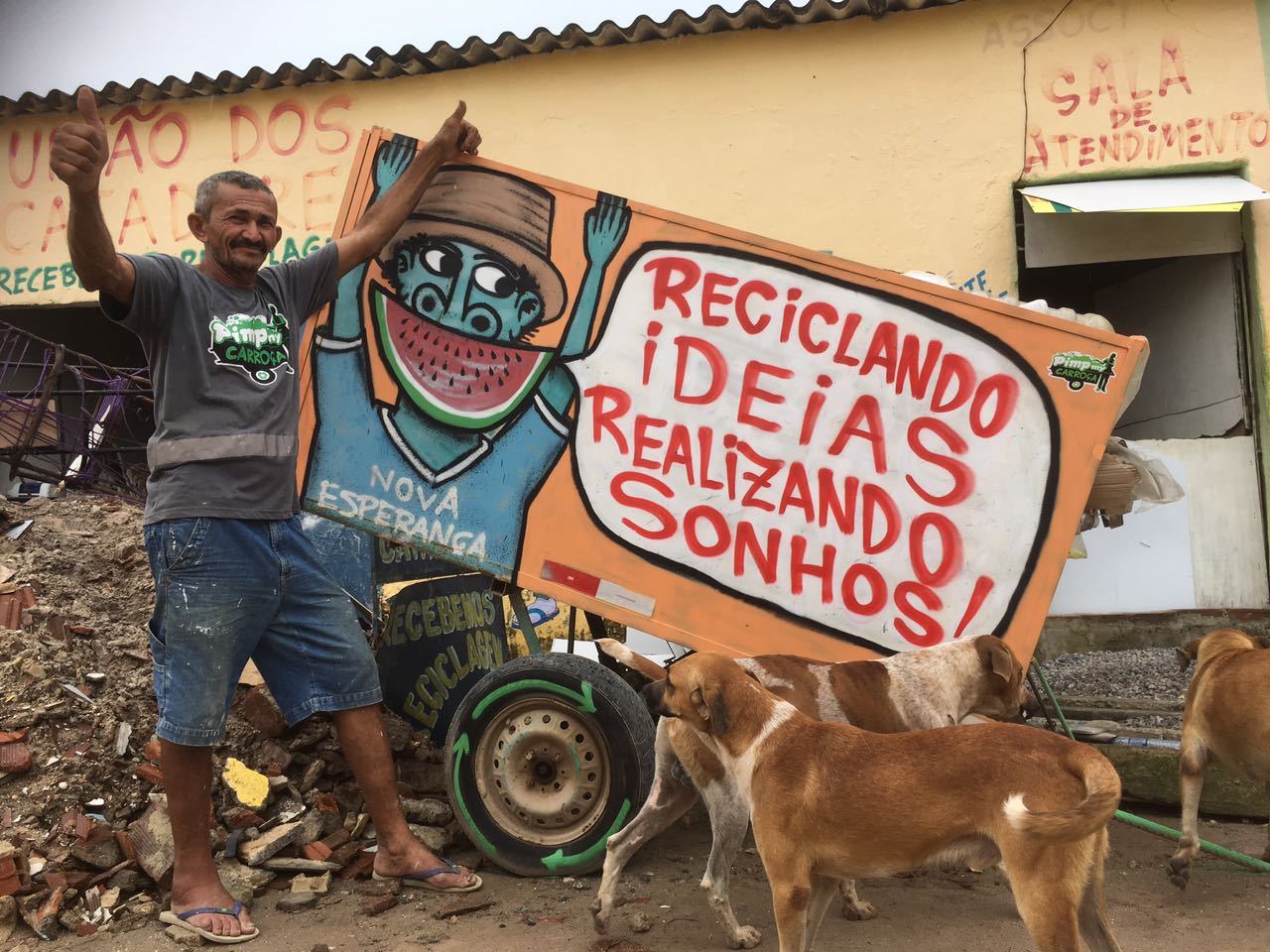 Oak partner Movimento dos Pimpadores has been awarded first prize for digital innovation from Netexplo at UNESCO’s headquarters for the creation of a smartphone application to connect waste collectors with the general public in São Paulo and Recife, Brazil.

The app was selected from a pool of 2,000 projects that included high-tech initiatives on artificial Intelligence, big data, biotech, gaming, cybersecurity, robotics, blockchain, social media and 3D printing. Out of the 2,000, 10 innovators went to Paris to present their projects, and Movimento dos Pimadores won first prize!

Movimento dos Pimpadores is a global movement to elevate waste collectors from invisibility by drawing attention to their valuable work. Pimp my Carraça is one of the projects of Movimento dos Pimpadores. It involves graffiti artists to decorate waste-collectors’ carts (carroças) to raise awareness and elevate the importance of their work. It also has many other activities that support the work and wellness of waste-collectors across Brazil, including the development of the winning smartphone application called Cataki (‘Come here and collect’). This application allows Brazilians who want to recycle their waste to connect with waste-collectors.

“It’s a big communication challenge since we have two parallel networks: one for the waste collectors and another for the general public,” says Thiago Mundano, the founder of Movimentodos Pimpadores. Despite the challenges, it has taken off, and Oak is delighted that the application’s success has been recognised by the Netexplo prize. To learn more about the Cataki app, watch this video:

“The technical issues the development of the app are a big part of our work,” says Breno Castro Alves, project coordinator for the Cataki application. “But Cataki’s greatest challenge is not about technology or code – it is people. We already have 300 online and we need to build the bridges necessary for them to become a group.“

Sebastião Pereira Duque, featured in the photo above, is one of the waste-collectors who participates in the Movimento dos Pimpadores. For 22 years, Sebastião Duque has cleared recyclable materials like bottles from streets and mangroves in Recife, Brazil, and sold them to make a living.

“Since the mangrove never gets cleaned, I try to do that cleansing by collecting,” says Sebastião.  “An area like this – flooded in mud – is a cold, forgotten area with no local support or anything.”

Not only has Sebastião devoted his life to recycling waste ecologically, he has also invested the proceeds back into the community. His money was behind the construction of New Hope School, attended by around 100 local children, as well as more than a dozen houses for families previously living in cardboard huts, and the organisation of many social events. Sebastião’s tireless service has not gone unnoticed by his community.

“We say that people like Sebastião are doing public service. They are collecting waste, clearing the streets and the rivers, and they don’t receive anything from the service, only from what they sell. They are true environmental heroes, they are invisible superheroes.”