HomeStoriesFamilies, not orphanages, are the answer to keeping children safe in one of India’s poorest states

Families, not orphanages, are the answer to keeping children safe in one of India’s poorest states 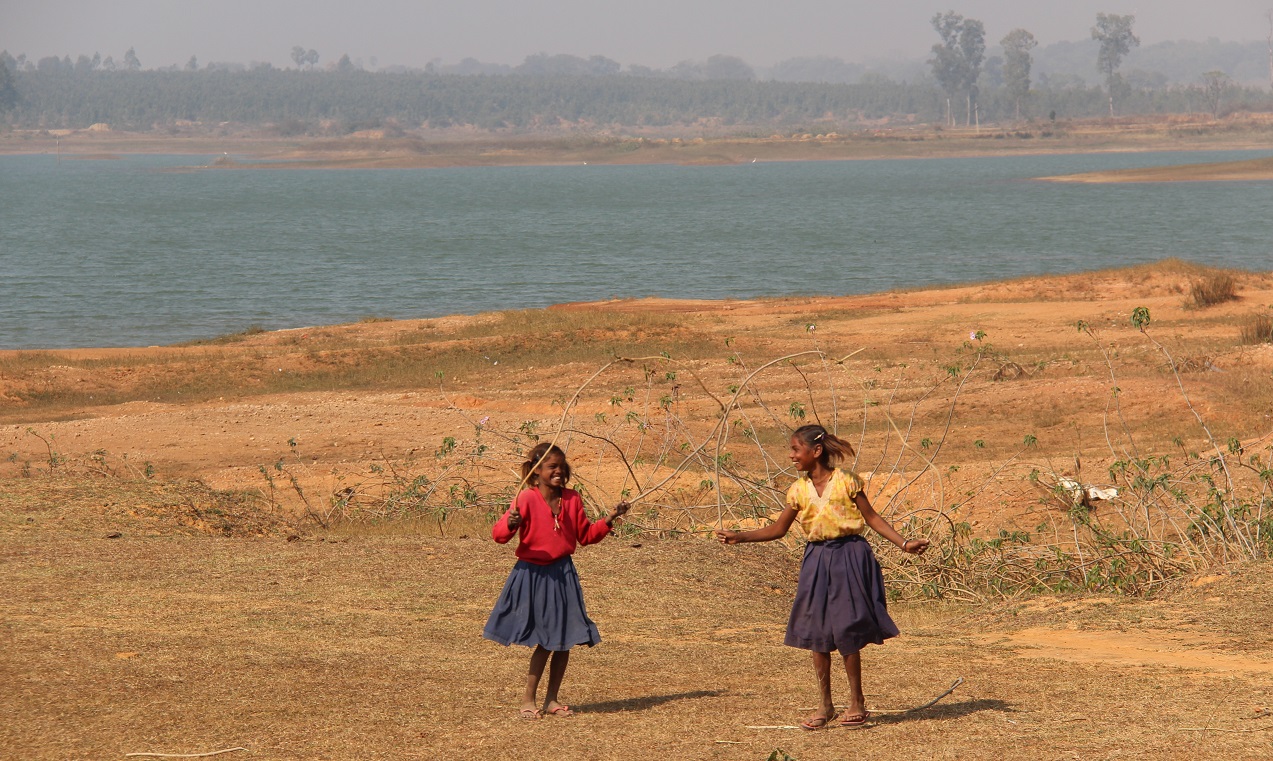 Hope and Homes for Children has been working to lay the foundations for child protection system reform in Jharkhand in the east of India since 2015. Now, it is preparing to pilot the first orphanage closures there. Writer Isobel Eaton has just returned from the area. Here she reflects on the scale of the challenge that lies ahead and how, with ongoing support, it can be met.

The orphanage is impossible to miss; an enormous complex of white cement buildings, surrounded by high walls, edged with razor wire. You see it in the distance long before you arrive – because there’s absolutely nothing else for miles around – on this scorched, featureless plain.

Inside the high iron gates, the monitor in the manager’s office, shows images from the surveillance cameras that are trained on the perimeter walls. This place feels more like a prison camp than somewhere that children are cared for.

And yet more than 70 children, from babies to 18-year-olds, do live here, housed in twenty or so single-story concrete blocks, scattered around the dusty grounds. The boys’ blocks are separated from the girls’ blocks by more razor wire, a huge roll of it, right down the middle of the compound.

Sisters Jaya, Jalaya, Bhanu and their friend Mira have lived here as long as they can remember. They’re around 12 now but seem much younger, with their eager,open faces and shy smiles.

The girls take us to see the dormitory they share with four other children.

Across a dark hall, the door to their room is black with handprints. Inside there are eight iron bedframes, pushed together, with a thin mattress and flimsy cotton cover each. And that’s it. There’s no other furniture, nothing on the walls or floor, not a single poster, keep-sake or toy to suggest the individual personalities of the children who sleep here, who they are or what matters to them.

Jaya tells us about their daily routine. A bell wakes them up, every day at five am. They pray, wash, dress and eat breakfast. They go to school, come back, play for an hour, study, eat and get ready for bed. The lights go out at 9pm. Every day. There are no changes to this routine, no holidays. The older children do leave the grounds to go to school, but not the younger ones.  I ask Jaya if they ever go beyond the walls for outings. “Yes”, she says, her face brightening, “We go out for a picnic. Once a year”.

But Jaya’s life is varied in comparison to life for Levit, who lives in the block for children with disabilities, at the edge of the compound. He’s three, maybe four years’ old at most, but he’s tiny for his age and the faded, stripy t-shirt that he’s wearing is several sizes too big for him. He’s lying on his back on a matt at the entrance for the block where the children with disabilities are kept. (That’s the only word. There’s nothing close to care happening here.) And this is where he spends his days. All day, every day. Nonetheless, he’s smiling at us, making eye-contact, making sounds – trying so hard to communicate, desperate to engage with someone, anyone. He’s also trying hard to roll over and to sit. But there’s no one with the training or time to help him, so he stays where he is, on his back, on the matt, with no one to care for him or about him.

“These children break my heart,” confides Nipa, an experienced social worker who is with us on the visit. She works for CINI, the well-respected Indian children’s not-for-profit organisation in Jharkhand state. “There is nothing for them here,” she explains, “but there are no services or support for children with special needs or their families on the outside either yet.”

CINI has been working in India for over 45 years, to strengthen grassroots child protection mechanisms so that communities can take the lead in keeping children safe in families. Now we’re working alongside them to pilot the closure of two orphanages, by making it possible to safely return children to families and communities and stem the flow of further children into the orphanage system.

The challenges are formidable though, because right now, many parents, often single mothers, still see orphanages as the only way to keep their children safe in the face of extreme poverty and the threat of trafficking.

But there is the chink in the wall of this place where the light shines in because the work of Hope and Homes for Children around the world proves that there is an alternative to the orphanage and that alternative is family.

By giving families the support they need to keep their children safe at home, and by establishing a strong alternative care system that makes it possible to find secure, loving new families for children when necessary, we can offer a far better future for Jaya and Levit and so many others; the chance to grow up with their families, in their communities, beyond the barbed wire and the orphanage gates.

Since 2015, Hope and Homes for Children’s pilot project in Jharkhand has been laying the foundations for this vision to become a reality. This vital work is already beginning to transform children’s lives and future prospects.

As we drive away,the walls of the orphanage disappearing in the dust from the car wheels, I ask Nipa why she’s prepared to carry on, doing a job that’s so hard and so complicated. Her answer is simple: “So that I can sleep well at night,” she replies.

This work falls under Oak’s India Programme. One of its funding principles is to support work to prevent violence against children. Find out more here.

Find out more about Hope and Homes here.