HomeStoriesEye to Eye – mentoring children at schools across the United States

Eye to Eye – mentoring children at schools across the United States 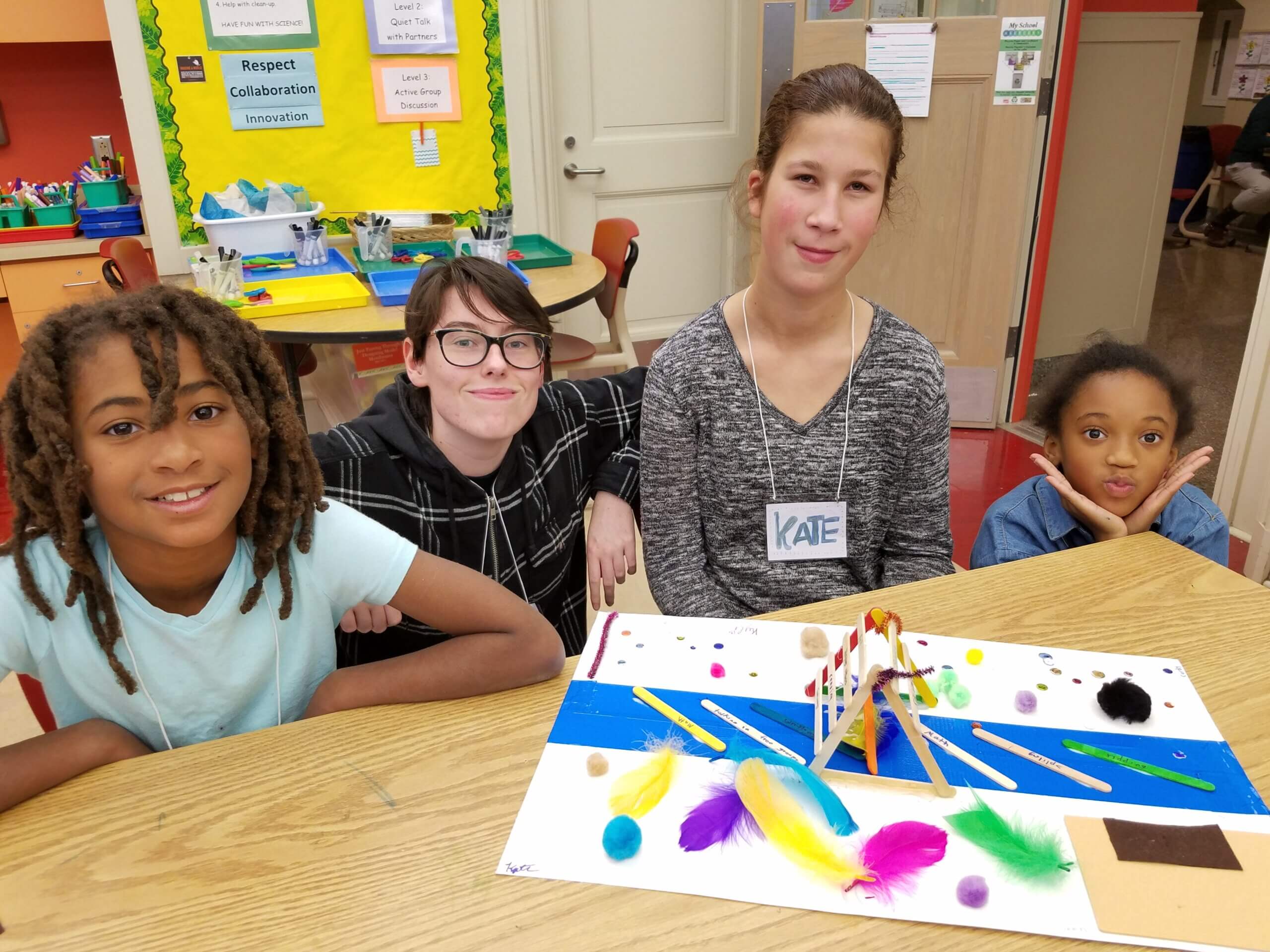 Photo provided by Eye to Eye

David Flink loved going to school until around first grade, at which point he began feeling like he was behind his peers academically. David didn’t know he had dyslexia at the time and because of his frustration, began acting out in class. His teachers sent him out of the class so often for his bad behaviour that at one point, his desk “was literally moved to the hallway”.

“I had this message sent to me that I didn’t belong in a classroom,” says David. And, it was in the hallway where he met his first mentor, the school’s janitor. He began getting to know the janitor, who helped him set foot on a better path forward.

“Eventually we started playing chess,” says David. “There was nothing that said he had to take an interest in my life, and he did anyhow. And that saved me.”

At 11, David was diagnosed with ADHD and dyslexia. With the support of his parents and the right school, he graduated high school. When he got to college, he found a community of students who also had learning differences. Together with five of them, David started a mentoring programme for nearby elementary school students with learning differences.

In the United States, more than 2.4 million students are diagnosed with learning disabilities each year. This means that one in five children in the country have learning and attention issues such as dyslexia and ADHD[1]. Often these children are inadequately supported by the education system. As a result, many students with learning differences are held back a grade (33 per cent); drop out of school (20 per cent drop out of high school vs. 8 per cent of their peers); and face disciplinary actions (50 per cent). In addition, only 68 per cent of students with learning disabilities earn a high school diploma, compared with 91 per cent of their peers without learning differences.

David’s experiences led him to found Eye to Eye, a not-for-profit organisation that provides an out-of-school mentoring programme focused on developing the critical social and emotional skills of students. Eye to Eye strives to increase student engagement in school, prepare them to transition to high school, improve school environments to serve students with learning disabilities, and increase leadership and advocacy skills of young adults as they transition to college and graduate. Today, Eye to Eye works with public schools and colleges across the US, reaching more than 1,200 students at 120 school sites annually, pairing middle school children who have a learning difference with a college or high school mentor who also has a learning difference. Eye to Eye’s programme development focuses on raising student voices and representing young people with learning differences across gender, race, and socioeconomic levels.

Research indicates that when students with learning disabilities have opportunities to build social and emotional skills and are supported by role models with similar backgrounds, the likelihood of positive life outcomes increases for these students. “Eye to Eye provides a safe space that’s constructed around what’s right with kids so they can talk about their experiences,” says David.

Eye to Eye has demonstrated a positive impact on participants, contributing to their social-emotional development and laying the groundwork for their continued success in school and in life. “Eye to Eye has been huge to my personal development,” says Cassidy Wald, Eye to Eye Alumna. “Having a community where I could talk openly about my learning differences and feel empowered as a self-advocate, and help others to do the same, was so important on my journey.”

Following the mentoring programme, the vast majority of Eye to Eye mentees (87 per cent) reported that their mentors helped them to think about their future positively, and 82 per cent of mentees reported that their mentor was the kind of student they wanted to be. Even more, on specific social-emotional skills, students demonstrated the following improvements over baseline assessments: self-esteem (12 per cent), grit (8-36 per cent), growth mindset (14 per cent), learning disability identity (24-52 per cent), reading self-concept (19 per cent). “My hope for the kids in Eye to Eye today is the exact same hope I had 21 years ago when I first stepped into a classroom to mentor,” says David. “I want them to know that their brains are beautiful. I want them to know that they can achieve anything. I want them to leave feeling like they know how to ask for what they need. And that they can do it. And that’s what we give them.”

This grant falls under our Learning Differences Progamme, which works to improve education for all students, particularly those who experience further marginalisation due to racism and poverty. You can read more about the programme here. You can find out more about Eye to Eye here, and watch the interview of David Flink when he was selected as a 2021 CNN hero award here.