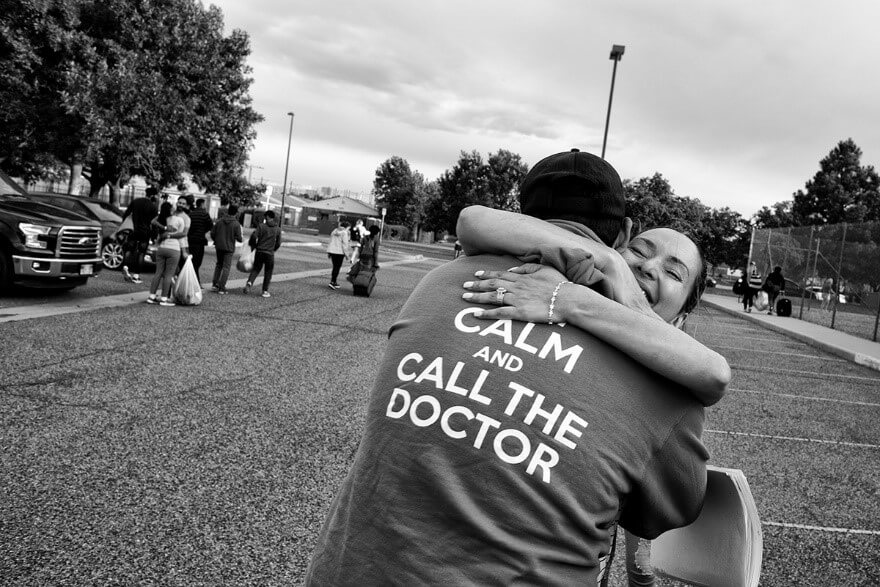 For World day for International Justice, we want to highlight the partners of Oak’s International Human Rights Programme, who work tirelessly to support people in indefinite detention. As well as providing comprehensive medical, legal and emotional support to individual detainees, they work to promote systemic change. Their efforts include: raising awareness of immigration detention and its effect on detained individuals; litigating and advocating for a time limit; and promoting community-based alternatives to detention. Progress thus-far has been encouraging.

In 2018, Time4aTimeLimit was launched with the aim of ending indefinite immigration detention in the UK. Liberty, an organisation that challenges injustice and defends people’s rights in the courts, took a lead role, among other organisations that Oak supports, including Amnesty. Time4aTimeLimit engaged parliamentarians across the board and garnered extensive public support – including a petition with over 100,000 signatures.

Shifting public perception and fostering empathy is fundamental in raising awareness among the public and garnering their support. IMiX is a communications hub dedicated to improving the quality and tone of public debate on immigration issues. It provides communications advice to the sector and engages with the media on the issue of immigration detention. “We think it’s important to focus on human stories to shift the public perception and foster empathy in people,” says Steffi Dawoud. “It’s important to listen to migrants’ stories and to be excited about what they can contribute to our societies rather than what they might be taking out of the system. Because actually, all research shows that migrants and refugees end up contributing more than they take out of the system.”

The impact of indefinite immigration detention on the mental and physical health of detainees, who have often already experienced serious trauma on their journeys to Europe, is profound. Medical Justice provides medical assistance to between 600 and 1,000 people in detention every year and gathers medical evidence in support of its efforts to end indefinite detention once and for all. Its research was critical to the introduction of a legislative amendment to limit the detention of pregnant women to 72 hours. “We have helped thousands of detainees access the healthcare they need and to get out of detention, and then eventually to get status,” says Emma Ginn from Medical Justice.

We are proud to support our partners. Their collective impact extends beyond redress for thousands of vulnerable detainees to the reform of a harsh and unnecessary detention regime. Watch the video on our online annual report to hear what some of our partners have to say about the subject. You can also read more about Oak’s Programme strategy for International Human Rights here.