HomeStoriesStopping abuse before it happens

Stopping abuse before it happens 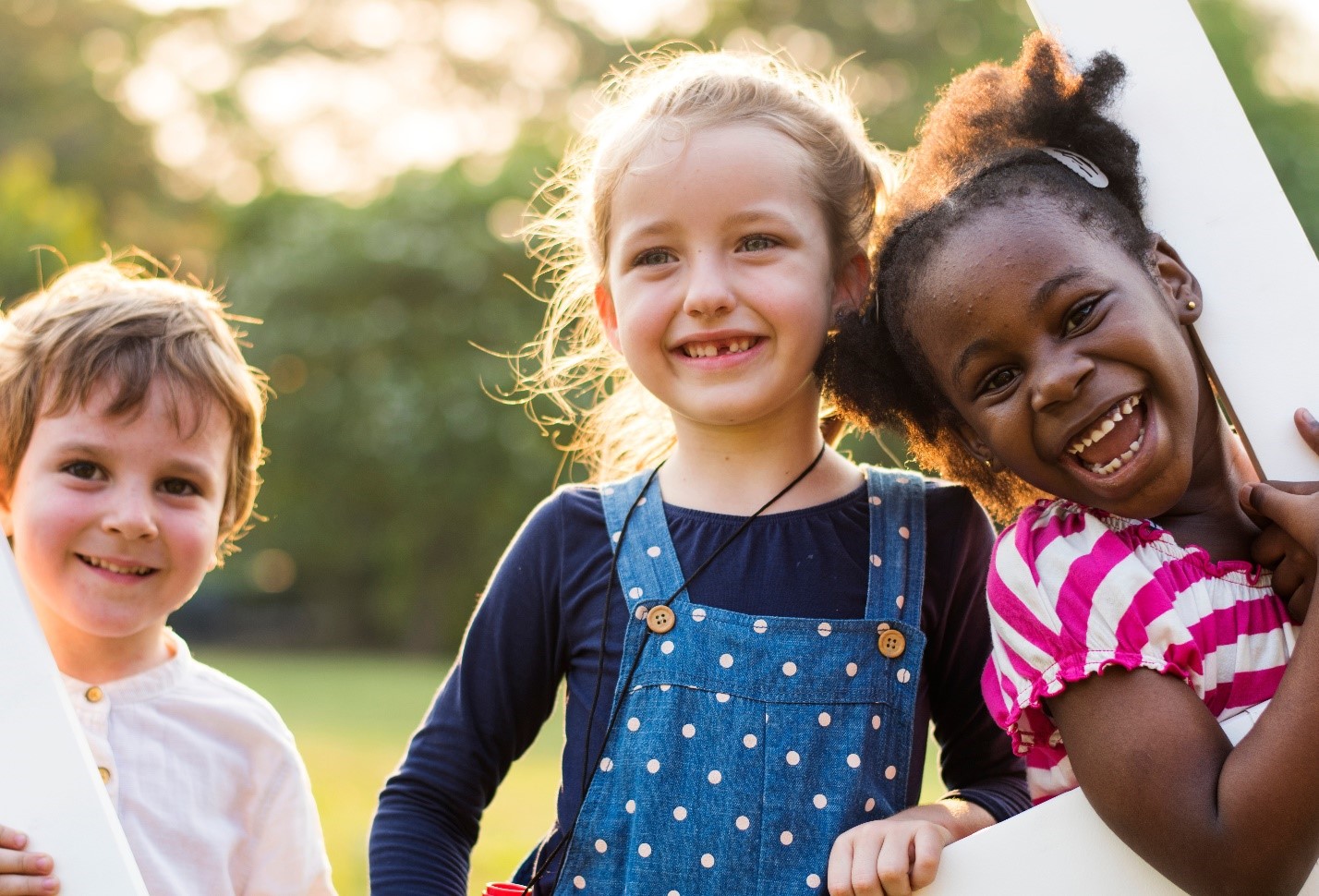 Dr Elizabeth Letourneau is known for her pioneering research on people who have sexually abused children, work that spans three decades. Eight years ago, a question from a journalist nearly stopped her in her tracks: Would she like to meet some teenagers who self-identified as attracted to children – and who had made the commitment not to offend?

“It did not occur to me that there were kids out there who were already making the decision to refrain from acting on their attractions,” says Elizabeth. Like many, she had assumed that anyone with such urges would act on them in the absence of professional help. Instead, these young people had formed a private support group to help each other keep their promises not to harm young children. She was indeed keen to meet them.

Elizabeth develops and evaluates perpetration prevention programmes at the Moore Center for the Prevention of Child Sexual Abuse at Johns Hopkins University, which she founded and directs. She points out that those with a sexual interest in young children make up a small percentage of those who abuse children. A majority are family members, trusted adults, and older children or peers who do not have a preferential interest in children. In the US, teens account for half or more of all sexual offenses against children.[1] Elizabeth’s work demonstrates that teens may engage in harmful sexual behaviour with younger children or peers out of ignorance, impulsivity, or inadequate adult supervision, and many other factors, including, for some, sexual interest in young children.

Teens who have caused harm once are very unlikely to abuse children again, if they receive the right support.

But here was a group of young people aware of their interest in young children who had not offended. What would help them continue to do the right thing and achieve their own health and happiness? Sexual interest in children is one of the most stigmatised characteristics a teen might possess. In interviews with Elizabeth’s research team, teens and young adults with sexual interest in children described lives of self-imposed isolation, depression, shame and self-loathing, and thoughts of suicide. Reaching out for professional help was risky: the fear of criminal consequences was too great, even though they were not yet adults and had never offended.

These interviews, along with others, have informed the Moore Center’s research and prevention interventions. Last year, as Covid-19 restrictions kept many children at home, Elizabeth was concerned about the increased risk of child sexual abuse, particularly within families and online. “Stress, social isolation and opportunity are related to risk,” she says. She and her team were in the final stages of creating an online intervention for teens and young adults with a sexual interest in children. They put it on the fast track, and launched the free, self-paced course, called Help Wanted, in the late spring.

Prevention efforts like these offer hope of moving beyond approaches focused on acting after the crime has been committed, with major investments in apprehending, prosecuting, incarcerating, and monitoring perpetrators. Indeed, this after-the-act approach has addressed a mere fraction of the problem: only one in five incidents of child sexual abuse are reported to the authorities. In a world where one in three children tell a parent or other trusted adult about their abuse, millions of children are not getting the help they need, including children who experience and who cause sexual harm. “What we’ve been doing for the past 30 years – teaching our children how to protect themselves, mandating teachers and others to report abuse, and relying on law enforcement strategies – just isn’t enough,” says Elizabeth.

Dr Michael Seto, a professor of psychiatry at the University of Ottawa, agrees. Renowned for his groundbreaking work in treating paedophilic and non-paedophilic offenders, he came to embrace prevention in his work and believes the larger field is also shifting. “I have seen movement from a reactive approach emphasising punishment, legal restrictions, and offender treatment to a greater consideration of how we can be proactive and prevent child sexual abuse perpetration from ever happening,” he says.

This is good news. Still, experts point to a pressing need for more scientific evidence on what works. To this end, the Moore Center, with support from Oak Foundation, launched a five-year research effort to rigorously evaluate programmes that are most effective at preventing the perpetration of child sexual abuse. Michael Seto, in his capacity with the Royal Ottawa Health Care Group, joined Elizabeth in conducting this work, which began in early 2021. They aim to find, test, and disseminate effective solutions that work with different groups of people, including young adolescents in general, and teens and adults with a sexual interest in children. It also includes other adults who may be at risk of offending, even if they don’t have a strong interest in children, perhaps because of their work in child-focused settings or due to inadequate control over sexual impulses. Ultimately, this work is intended to identify effective solutions that can be implemented by governments at scale, and replicated in regions and countries with low resources. As the empirical evidence mounts that they and others generate, they will place summaries of it – and resources needed to implement these programmes – on an online capacity-building hub for policy makers and practitioners.

One programme they will likely evaluate is the Moore Center’s Responsible Behavior with Younger Children, a course originally designed in the US to help 6th and 7th grade students avoid inappropriate sexual behaviours with peers and younger children. An initial study found that children who took the course reported a lower likelihood to commit sexual harm and had more accurate knowledge about developmental differences between teens and young children, what child sexual abuse is, and consent.

This next evaluation will look at the programme’s actual impact on preventing child sexual abuse behaviours.

Another promising programme is Prevent It, an intervention that combines self-help and professional support in an online delivery platform. Prevent It was developed in Sweden for adults who are concerned about their sexual interest in children and use of child sexual exploitation material. Led by Dr Christoffer Rahm, a psychiatrist and researcher at the Karolinska Institute in Stockholm, Prevent It is now in the pilot-testing stage. Its secure online chat system has the potential to offer clinician facilitated treatment to patients who live anywhere.

Christoffer is a leading voice on the value of treating people who have already offended as well as those at risk of offending, in order to prevent further harm from happening to children. To those who are just learning about this work, he suggests being open to the facts and willing to challenge prejudices. “Be optimistic,” he says. “There are new academic developments and there is hope.”

Momentum is building in support of this work. Recently the US Centers for Disease Control awarded the Moore Center with a USD 1.6 million grant to evaluate its Help Wanted course, the largest study on perpetrator prevention that the US Government has funded. The European Commission has recently announced a far-reaching effort to invest in prevention across the region, and Human Dignity Foundation is actively exploring a multi-million dollar investment in prevalence data, including perpetration. The End Violence Investors Forum is also regularly convening donors to discuss how to best align and leverage these new investments.

“Oak’s USD 10.3 million investment in the Moore Center and its partners signals our confidence in this approach to perpetration prevention,” says Brigette De Lay, who directs the foundation’s Prevent Child Sexual Abuse Programme. “We hope others will join us and invest more in this critical work, which has enormous potential to make a sizeable difference in ending child sexual abuse.”

Read more about the work of our partners in the PCSA programme in ending child sexual abuse here.

[1] ] LeTourneau, Elizabeth, TedMed Blog, We shouldn’t wait for child sexual abuse to occur before we act to prevent it, September 12, 2017, https://blog.tedmed.com/shouldnt-wait-child-sexual-abuse-occur-act-prevent/ (Accessed 27-01-2021)