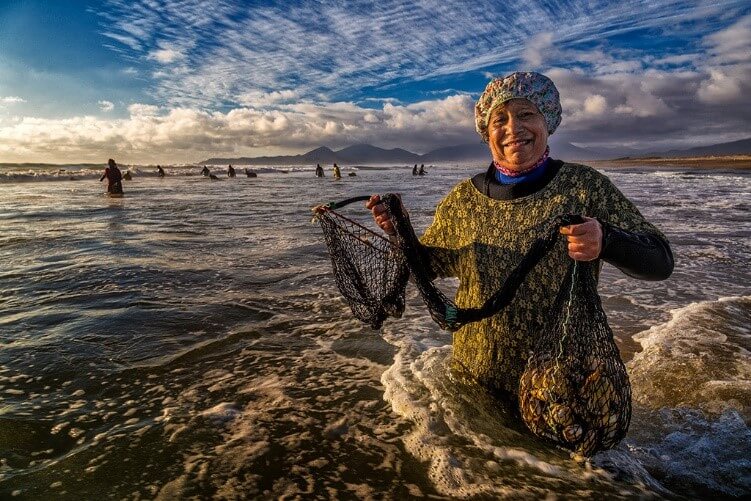 In Chile, aquaculture is big business. Fish farming has been introduced to the Chilean fjords, with salmon, an introduced species, upsetting the natural ecosystem and wreaking havoc on the indigenous fish populations in many once-pristine areas. The resulting depletion in indigenous fish stocks has made it more difficult for artisanal fishermen to catch fish and make a living.

In addition, tonnes of antibiotics are funneled into salmon aquaculture every year. This helps them to reach their target weight quickly, but it is bad for the fish, for the habitat and for people’s health. Antimicrobial resistance has become one of the biggest threats to global health. It is estimated that more than 700,000 people die each year due to drug-resistant infections, and it is feared that this could increase to more than 10 million people a year worldwide by 2050.[1]

Oceana also works to limit salmon aquaculture to certain regions, to reduce the amount of confined fish and to support the creation of marine-protected areas. Oceana’s efforts have saved over 6,000 km2 in Patagonia from salmon farming.

This has opened the door for these areas to be attractive for tourism. Oceana informs people how tourism is ruined by salmon aquaculture, and how the jobs it provides are insecure – people lose their jobs as soon as the fisheries, which are mobile, move on. This can happen very suddenly if the fishery becomes diseased and all the fish die off, for example.

“Instead, jobs can be found through artisanal fisheries and tourism,” says Liesbeth. “These are the most beautiful areas of Chile. Thousands of people travel every year, just to see Patagonia. But if salmon aquaculture moves to these pristine places, tourism is gone.”

“We have shown that we know how to rebuild the oceans,” says Andrew. “And I want to emphasise that people don’t understand that rebuilding is possible. They just think that all you can do is stop the decline. There are a lot of groups celebrating sustainability, and when you listen to them carefully, you realise that all they’re doing is not making it worse. They’re not celebrating rebuilding what once was! But that’s very achievable in the ocean. And so that’s what we focus on.”

Oceana falls under our Environment Programme, which has three sub-Programmes: Climate Change, Marine Conservation and Wildlife Conservation and Trade. This year we focus on Marine Conservation, which has three aims: to support small-scale fisheries; to reduce plastic waste; and to make large-scale industrial fishing sustainable. Go to our website for a deeper dive into Oak’s Environment Programme’s strategy to protect the oceans. Plus, if you would you like to hear what Andrew, Joshua and Liesbeth have to say firsthand, check out this video!