HomeStoriesBlog: Hedging against unpredictability – a case for general support

Blog: Hedging against unpredictability – a case for general support 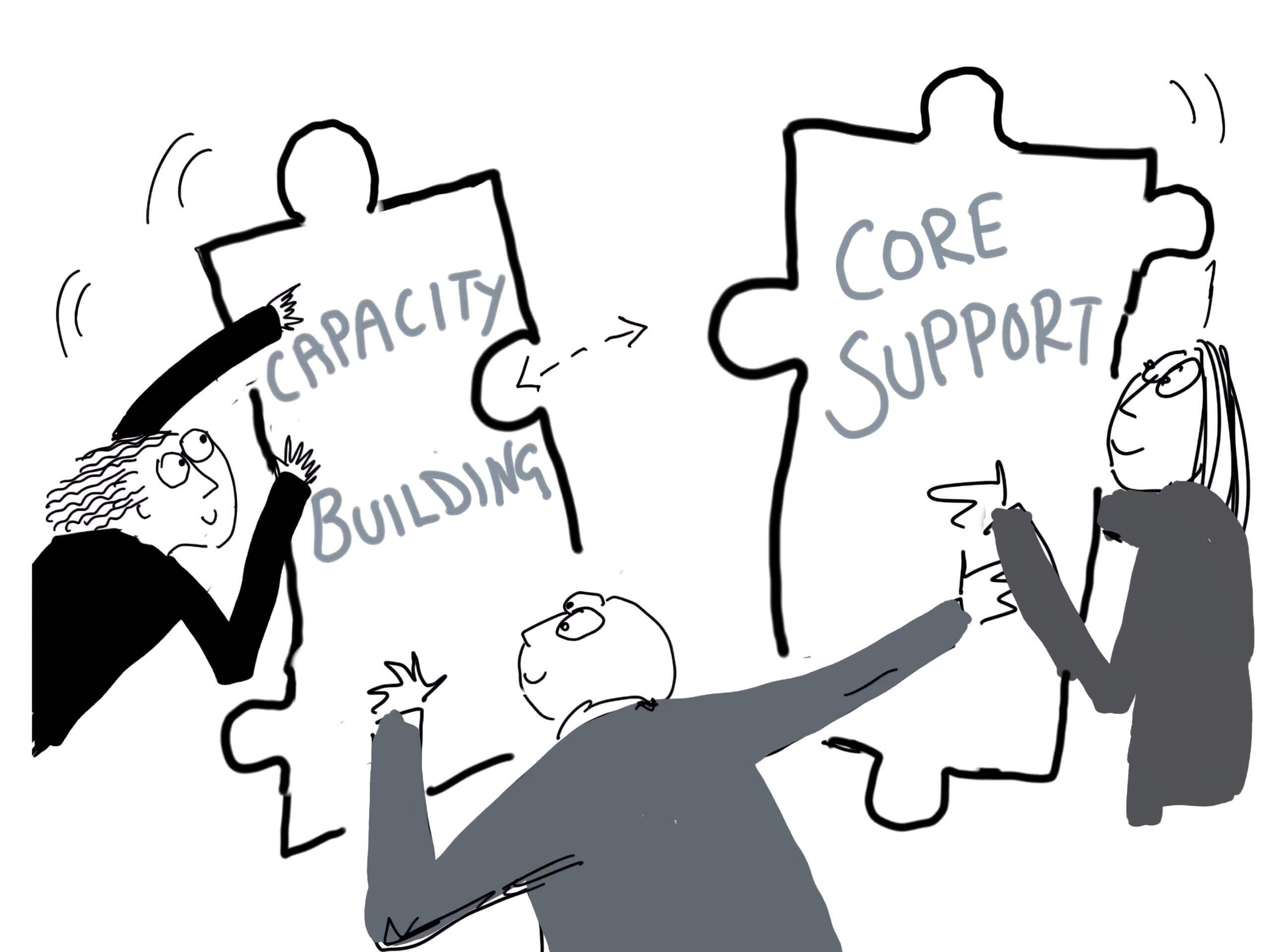 The following blog post was written by Adriana Craciun, senior adviser for organisational development & capacity building at Oak, and originally published by The Center for Effective Philanthropy.

Within my role as senior adviser for Organisational Development and Capacity Building at Oak Foundation, I support the organisational strengthening of our grantee partners. At Oak, we give grants in a variety of ways that generally can be categorised as either: 1) project support; or 2) core support (we use this terminology to describe what others may call “general” or “unrestricted” support). A recent mapping of our 2019 grants shows that 36 per cent of the total number of our grants, representing the equivalent of 45 per cent of total funding for the year, has been used in core support.

One can make a strong case for both project and core support. Project support is certainly useful to fund clearly defined programmes (e.g., pilots and research) or infrastructure, helping to build organisational assets. But too often, funders fall into the temptation of using tied funding interventions based on, at least, two flawed assumptions.

Firstly, funders assume that organisations can predict the future and design strategies that they believe will ensure outcomes in a volatile world. Secondly, funders believe that they can forecast grantees’ developmental needs. The assumption that organisations behave with certainty and follow a predictable path, however, does not reflect the reality of the world around us.

Given this, from an organisational development perspective, core support is clearly the more effective tool. This form of support helps organisations: 1) be more resilient; 2) navigate an uncertain world (which feels truer now than ever before); and 3) recognise and focus on people as the most important asset of an organisation, rather than rigid project execution.  Indeed, most foundation leaders CEP interviewed for its 2020 report, New Attitudes, Old Practices: The Provision of Multiyear General Operating Support, said that grantee — and thus funder — impact depends on building strong organisations.

Core support can also enable organisations to be creative, courageous, and innovative. Many funders expect these behaviours from the organisations they support. Perhaps now it is time that we funders give our partners the type of support they need to be able to do so — and let’s ourselves exhibit some of these qualities, too.

We have many examples of when core support has enabled Oak’s grantee partners to be creative, courageous, and innovative. Semillas is a fund dedicated to protecting and empowering women in Mexico, particularly those in remote communities, or marginalised groups, such as sex-workers or lesbian rights activists. After many years of receiving mainly project funding, Semillas realised that its ad hoc project-by-project growth strategy had evolved to best respond to the needs and requirements of its funders, rather than serving its constituents. Thus, in order to have greater impact, the organisation saw that a new strategic direction was paramount.

Semillas decided to use core funding from Oak to finance a new, deeply consultative strategic planning process that involved collaboration with its staff, board of directors, current and former partners, consultants, and strategic allies. This approach improved the quality of the discussions in the planning process, Semillas found, and it pushed forward a bolder and more ambitious plan that resulted in a significant shift of direction for the organisation. Instead of working along eight thematic programmes, which primarily responded to the priorities of Semillas’ institutional donors, the new plan established four broad program areas: body, land, work, and identities. These programme areas reflected a clearer commitment to the women Semillas serves, and they enabled the organisation to be more responsive to beneficiaries’ needs, to fund more flexibly, and to support a larger and more diverse group of partners. The new plan also led to a revised approach to strengthening partners, while also taking into consideration a movement-building perspective.

This example shows not only how core support allowed a grantee partner freedom in shifting strategy, but also how it allowed the organisation to untap the full potential of its people to create that strategy.  In their book Humanize, Jamie Notter and Maddie Grant argue that in the present day — in which people are confronted with volatility, uncertainty, complexity, and ambiguity — we must untap the full potential of organisations. To do this, they argue, we have to enable organisations to be more people-centric, to be better adapted to the systems and ecosystems in which they exist, and to be less reliant on restrictive strategies and structures.

Notter and Grant write: “We need organisations that are more human. We need to re-create our organisations so that the power and energy of being more human in our work life can be leveraged. This has the power, not only to transform our individual experiences in the work world, but also to access untapped potential in our organisations.” They go on to propose that, in order to make organisations people-centric and thus more effective, those organizations should be open, trustworthy, generative, and courageous.

Core support is an expression of these qualities.  Indeed, in the story of Semillas, core support enabled the organisation to be generative and exhibit openness, trust, and courage in its planning, and in its resulting strategy. I found Semillas’ new plan to be inspiring, ambitious, and deeply feminist. It provided the organisation a surer way forward and allowed the team to be more courageous and creative. In fact, since its launch, the plan has had significant positive consequences for Semillas’ organisational development and fundraising processes.

This is the difference core support can make.

Put plainly, core support has allowed Oak’s grantee partners to be more effective and to have more impact. Over time, I have witnessed a growing awareness in Oak’s programme officers of the link between the longer-term organisational development of our grantee partners — coming from core support grant-making — and the viability and effectiveness of our partners to achieve social and environmental change. CEP’s study suggests we’re not alone in that sentiment, as leaders of almost all foundations interviewed for New Attitudes, Old Practices view the provision of multiyear general operating support grants as enabling greater foundation and grantee impact.

Lately, I’ve been thinking a lot about this one piece of wisdom:

In this time of crisis, as funders consider how they can best support their partners, perhaps they ought to listen to the heart’s whispers and give core support a try.